7 Amazing Things To Do In Your Assam Tour 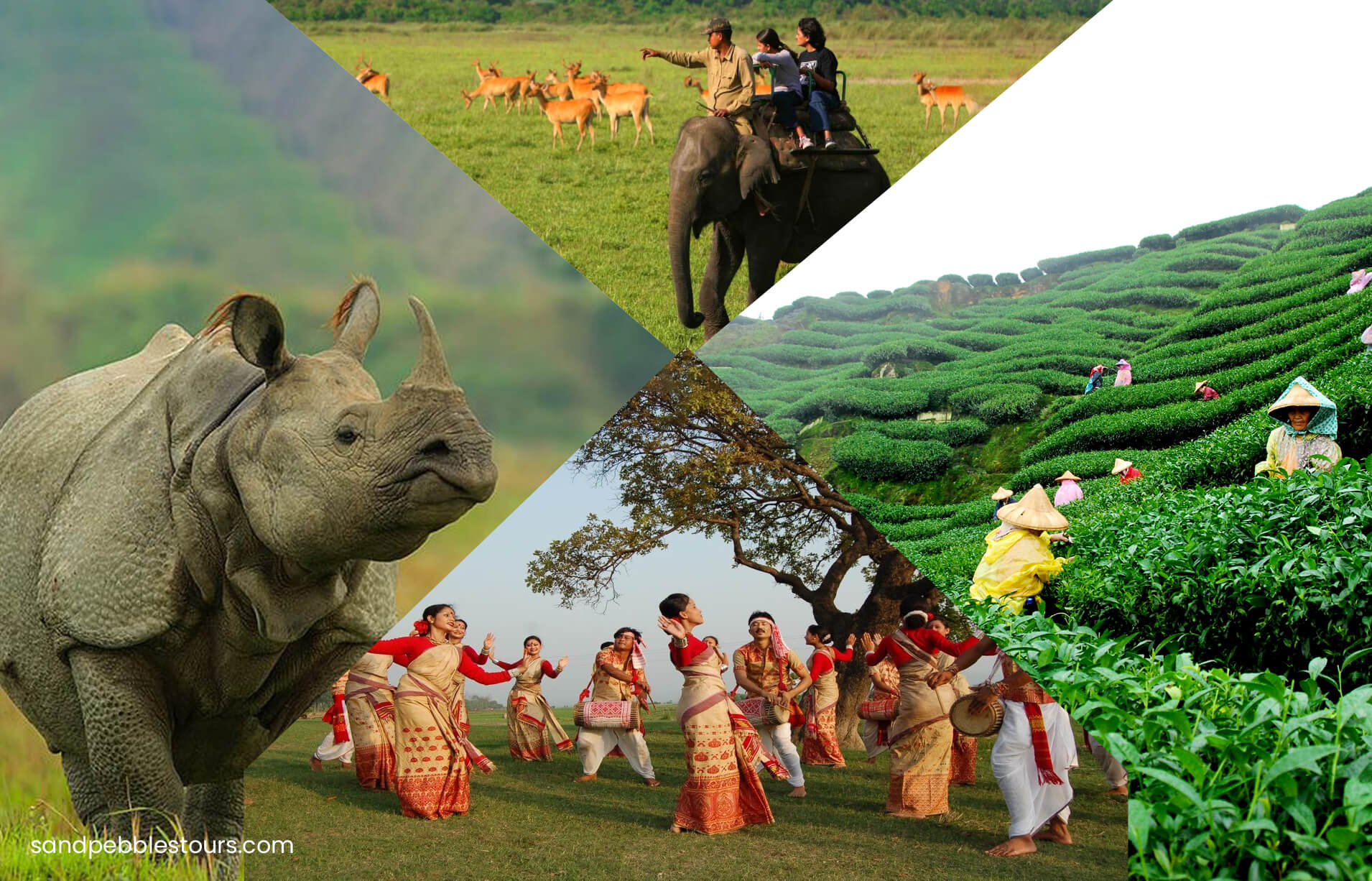 7 Amazing Things To Do In Your Assam Tour

A state which reflects its own aura, Assam surely knows how to leave its spectators spellbound. Be it the natural scenery or the culture of the people of Assam, you’re sure to be awed by the variety and colour Assam has to offer. People belonging to different cultures and races call Assam their home. The land has people following various faiths. The land of Myths and Mystery will keep you hooked to it until the very end. If you’re planning a trip to Assam, here are 7 Amazing Things To Do In Your Assam Tour.

1. Assam & It’s Tea Culture
It’s worth traveling to Assam to experience its tea culture alone. The British legacy is alive and well in the many refurbished tea bungalows that sit among the century-old tea estates. Jorhat is the tea capital of Assam. In and around this region, you will find numerous estates like Banyan Grove, Thengal Manor, and Burra Sahib Bungalow, which are historically rich, and preserve the essence of the bygone era. If laidback high teas bore you, there are wildlife tours, tea tastings, and pickings to liven things up.

2. Explore The River Island Of Majuli
This river island is a UNESCO World Heritage Site and is a dwelling to numerous threatened and scarce species of birds and animals. It’s mainly home to the Missing tribes that settled here from the neighboring state of Arunachal Pradesh centuries ago. There are also other tribes, such as the Deori and Sonowal Kacharis, that call the island home as well. From religious dances, mask making and boat making festivals, the satras ensure that the people of Majuli, and any interested guests staying on the island, are not left bored during their spare time.

3. Set Sail On Brahmaputra River
The Brahmaputra River is one of the major rivers in Asia, which winds through China, India and Bangladesh. The river plays a significant role in the state of Assam. Not only has it sustained and nurtured major urban centres throughout history, it’s also responsible for maintaining the diverse flora, fauna and wildlife that Assam currently enjoys. The river is also a hotspot for cruises and boat safaris, where tourists can enjoy scenic views of forest reserves, city landscapes and monuments of cultural significance as they travel down the channel. From the deck of the boats, you can spot migratory birds circling around the air, or choose to observe the temples, tribal villages or monasteries at the river banks and watch as the locals go about with their daily lives!

4. Be A Part Of Their Bihu Festival
The harvest festival of Assam, which is celebrated three times in a year, Bihu festival is the most popular festival in the state. The first event, Bhogali Bihu, takes place in mid-January when locals mark the end of the harvesting season with eating and enjoyment. The second event, Kongali Bihu, occurs in mid-October, and the festivities are more solemn in nature as the crops are in their growing stage. The last and most popular event in the Bihu festival is the Bohag Bihu, which happens in mid-April. This seven-day festival coincides with the onset of the Assamese New Year and the coming of spring. Locals take it to themselves to put on their best clothes and celebrate the new year with worship and merriment.