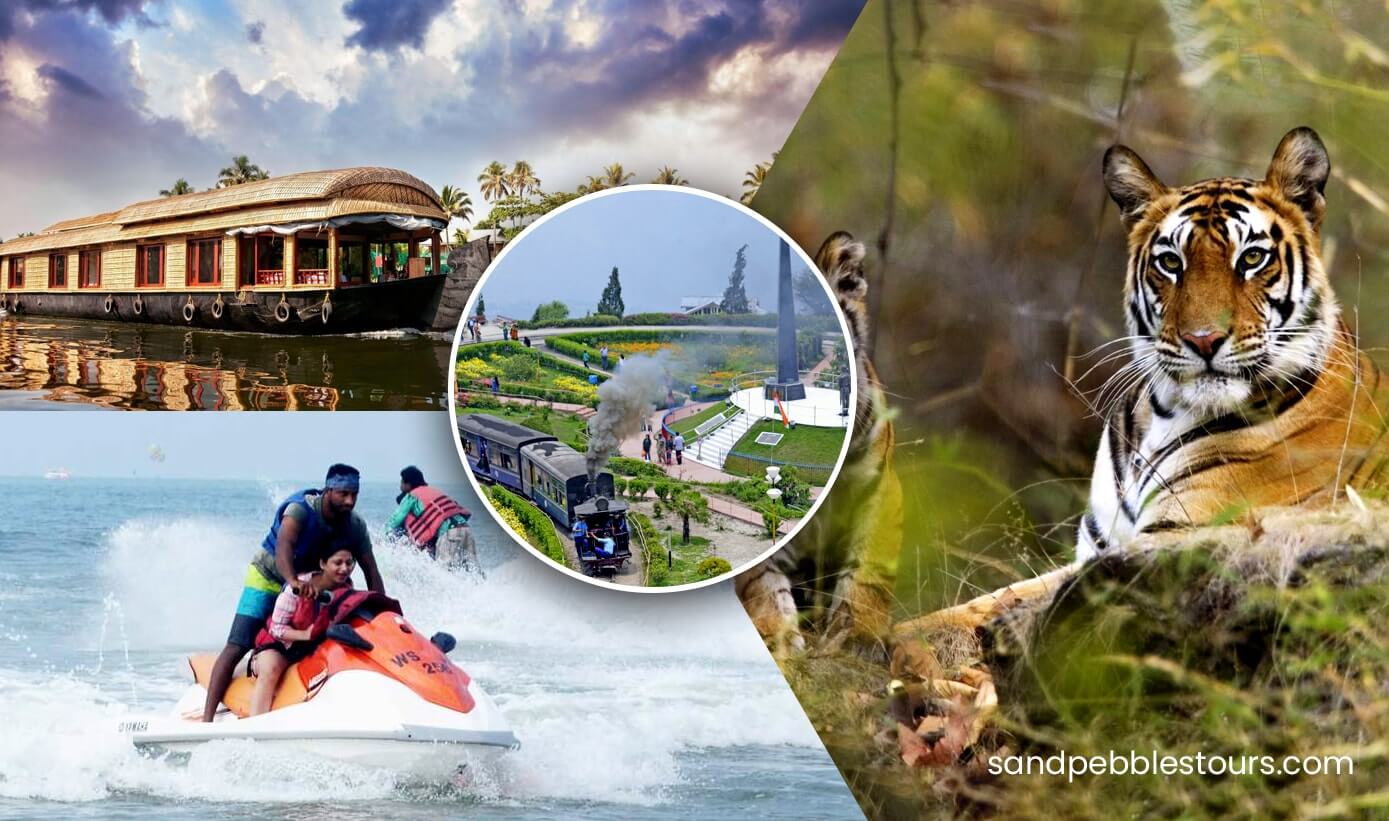 Themed tours are always the best. Why? You get to customize your own Tour Package and get to experience the luxury of exactly what you want. Here are some Themed Holiday Escape Tours To Relax Your Soul. Travel, for nothing is better than exploring new places, cultures and traditions, meeting new people, and ultimately finding ourselves in that process. Travel broadens our perspective and gives us an insight into how small we are as compared to the infinite universe; it humbles us and shows us what a beautiful place this world is!

1.Roar in the Jungles of Madhya Pradesh
The jungle of the holiday’s name is not just any old jungle, but the forested hills of what is now the Pench National Park, which inspired Kipling’s The Jungle Book. We can’t promise you a sighting of Baloo, Bagheera or Shere Khan during your jeep safaris, but the park is home to wildlife such as macaques, jackals, hyenas, sloth bears and even a number of elusive tigers, as well as attracting many species of migrating birds between December and March.

2.Get your Adventure shoes on for Goa
Nothing better than a laid back vacation on the beaches of Goa. Go beach partying after a relaxing sunbath during daytime and enjoy the delicious seafood. While you’re here, visit a back-country spice farm to learn why the Portuguese were so excited about Goa. A kaleidoscopic blend of Indian and Portuguese cultures, sweetened with sun, sea, sand, seafood and spirituality, there’s nowhere in India quite like it.

3.Enchanting Kerala
Give yourself that much-deserved break and head to the God’s own Country, Kerala. Dressed in shamrock green, Kerala wins heart like no one can. Enjoy the adventure of sailing through the backwaters and listening to the roar of tigers, simultaneously being delighted with the charm of setting sun over the azure waters and the aroma of the tea and spices. Kerala is truly magical and its enchantment grows even more when we pair it with a brief visit to the neighbouring state’s gem of a place, Kanyakumari. Yes, you have the opportunity to cherish the experience of standing at the tip of Indian Peninsula and gaze at the never seem to end, Indian Ocean.

4.Mesmerizing Darjeeling
Surrounded by emerald-green tea plantations and towered over by majestic Khangchendzonga (8598m), Darjeeling is the definitive Indian hill station and is arguably West Bengal’s premier attraction. When you aren’t gazing open-mouthed at Khangchendzonga, you can explore colonial-era architecture, visit Buddhist monasteries, and spot snow leopards and red pandas at the nearby zoo. This UNESCO World Heritage Site is noted for its Darjeeling Himalayan Railways and its famous tea industry. A large number of inhabitants being Buddhist there are lots of old monasteries are present along its length and breadth. The vivid landscapes, tea plantation, eternal weather and the slopes make it one of the most popular tourist destinations of India.

5.Experience the Scotland of India, Coorg
Coorg, officially called Kodagu, is the most sought after and popular hill station of Karnataka. Lying serenely amidst high mountains, Coorg’s landscape stays misty throughout the year. The popular tourist attractions in Kodagu include Bhagamandala, Talakaveri, Nisargadhama, Dubare, Abbey Falls, Iruppu Falls and Nagarahole National Park. Pushpagiri and Brahmagiri in Coorg are ideal for trekking. Kodagu is the largest producer of Coffee in India. Also, it is one of the places with the highest rainfall across the nation. Undulating hills covered in lush green forests and a landscape dotted with coffee plantations, tea gardens and orange groves, this hill station has breathtakingly stunning scenic beauty.